Ayumu Tanaka (田中 歩, Tanaka Ayumu) is a first-year high school student and member of the shogi club. He is in love with Urushi Yaotome. His name associates with the piece pawn.

Ayumu is a young man with a short messy black hair. His expression is always serious and is usually wearing a school uniform. He has a pair of black eyes. His height is pretty average but is pretty tall when we compare him with Urushi. His posture is always straight given that he is an athlete.

Always with a serious face, Ayumu had vowed to not confess his feelings to Urushi until he beats her in shogi. He almost slips a couple of times, but never falls into Urushi's traps and taunts to reveal his feelings. He often tells her she is cute, causing her to blush. He is also very direct and straightforward but sometimes would blush when he's nervous around senpai. Ayumu is a very athletic person, he has a competitive mindset, he hates losing but accepted the fact that he has still a long way to go to beat his senpai. Ayumu is also a gentleman, he would help Urushi whenever she needed his help. Mainly because she is his precious senpai after all. He wishes for senpai happiness and would always put her feelings before his. It is also because if senpai is happy, he could die happily.

When he was a middle school student, he belonged to the kendo club, and his tactics to break through his opponent's defense were excellent, so his reputation in the club was high. Even in shogi, his defense tactics have become more prominent, but Urushi continues to read his moves. He had received a special training from Rin and was able to hone his shogi skills to a point where he could fight Urushi with a 4 piece handicap neck to neck. 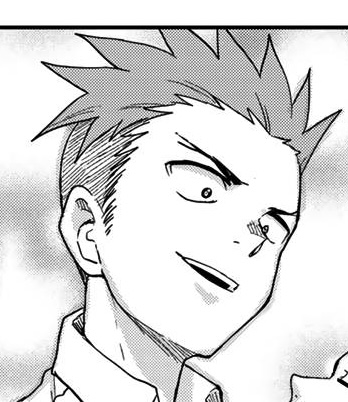